This month's ATTC Network iTraining (Thursday, October 22, 2:00-3:30 ET) features an overview of SAMHSA's 2014 National Survey on Drug Use and Health results. Jonaki Bose, Chief of the Populations Survey Branch at SAMHSA's Center for Behavioral Health Statistics and Quality, will give a "big picture" of the results and also discuss the most significant changes since last year's survey.

Register for the webinar here. 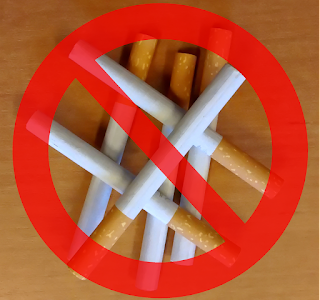 One promising result in this year's survey is the decrease in tobacco use among teens. I checked in with Dr. Bruce Christiansen, tobacco researcher at the University of Wisconsin Center for Tobacco Research and Intervention, on what factors might be contributing to that trend. 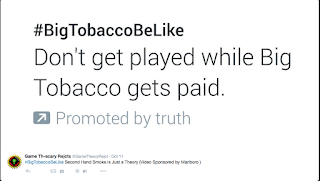 "Tobacco control issues such as raising the price of cigarettes are making a difference. Higher prices have been shown to reduce smoking among teens and adults. There's also increasing sensitivity to having smoke-free air. It just isn't cool anymore. We've also gotten much better over the last decade in enforcing the sales laws. All states do compliance checks so retailers can't sell cigarettes to people under age. As for public health campaigns, Truth Initiative is one example that's apparently been effective. It's message to teens is that they're being played by the tobacco companies. So these factors combined may be making an impact in tobacco use among teens."

We featured Dr. Christiansen's research on reducing smoking rates among low-income people and people with mental illness in the October 2015 ATTC Messenger.  He was also a presenter at the recent National Conference on Tackling Tobacco Use in Vulnerable Populations, where Truth Initiative CEO and President Robin Koval was a keynote presenter with Matt Myers, President of the Campaign for Tobacco Free Kids. Their PowerPoint presentations are now available on the conference presentations and resources page.

A couple of things that impressed me from Ms. Koval's PowerPoint presentation:

Social media: Truth Initiative is really harnessing the power of Twitter and other social media platforms to inspire teens to be the generation that ends smoking. Check out the campaign's Twitter hashtags: Let's#FinishIT and #BigTobaccoBeLike to see what  teens are saying about cigarettes and smoking.

Here's one of the latest campaign videos that aired during a recent episode The Walking Dead (the cable TV show with zombies that you can care about that's a big hit for teen viewers):

You can watch all the Truth videos on the campaign home page.

Teens and fashion choices. Truth  has also set up the innovative "Weapons of Mass Ridiculousness" partnership with Vans shoes to extend its message beyond TV and social media and give it a presence on the ground (literally) and the store shelves. Note that you can get these special shoes online or at "select" Vans stores. How is this working? We'll report in a future blog post.


So, is  Truth Initiative finding a way to deliver a public health message that really does change teen behavior?

What do you think? Could this also work with underage drinking or other drug use?

To find out more about teen and adult alcohol and other drug use trends, join us for this week's iTraining on the 2014 NSDUH results!

Patients with opioid use disorder must be able to obtain prescribed buprenorphine from a pharmacy promptly to reduce risk for a recurrence o... 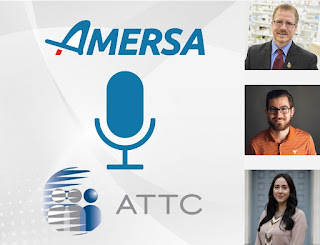