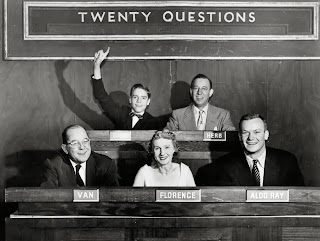 Did you test your knowledge of the ATTC Network in our earlier blog post, Happy Birthday, ATTC Network? Just in case you were stumped on a few of the questions, we're providing all the answers below.

If you’re looking for more answers to question about technology transfer, implementing evidence-based practices, and other best practices in addiction treatment, the ATTC Network website is the place to go. It's also the place to go for the latest issues of our e-publications  and to find out about our upcoming events and iTrainings. Follow the links in the 20 answers below to take a quick tour of the ATTC website!

1. The ATTC Network was founded in 1993.
2. The ATTC Network covers all 50 states, the District of Columbia, Puerto Rico, the U.S. Virgin Islands, and the Pacific Jurisdictions.
3. The ATTC Network’s priority areas are: workforce development, the science of addiction, and technology transfer.
4. The Change Book: A Blueprint for Technology Transfer was first published in 2000.
5. The NIDA/SAMHSA Blending Initiative began in 2001.
6. The Pacific Jurisdictions include: Guam, American Samoa, Palau, the Marshal Islands, Micronesia, and the Mariana Islands. The Pacific Southwest Addiction Technology Transfer Center (PSATTC) covers this area.
7. The Vietnam HIV ATTC, the first international ATTC, was created in 2012.
8.  Vital Signs: Taking the Pulse of the Addiction Treatment Profession, was completed in 2012.
9.  Today, the Network consists of 10 Regional Centers and four National Focus Area centers.
10. The National Focus Area ATTCS are: the National American Indian/Alaska Native ATTC, the National Frontier and Rural ATTC, the National Hispanic and Latino ATTC, the National SBIRT ATTC.
11. The Network Coordinating Offices are located at the University of Missouri-Kansas City and the University of Wisconsin-Madison.
12. The ATTC/NIATx Service Improvement Blog launched in August 2013.
13. The Network’s monthly electronic newsletter is The ATTC Messenger.
14.  ATTC HealtheKnowledge (formerly ATTCeLearn) offers 17 on-demand courses.
15. The Third Thursday iTraining series offers continuing education credits.
16. The ATTC YouTube account has had 37,446 video views
17. The ATTC Term Master serves as the term and definition resource for the field.
18. The ATTC’s Twitter account is @attcnetwork
19.  The Bridge is another ATTC e-publication that offers views from leading researchers.
20. The Directory of Addiction Study Programs is the place to find information on institutions that offer degrees in addiction studies.

There's still a chance for you to win a prize from the 20 Questions challenge! Just comment on this post, include your name and e-mail, and you'll be eligible to win a fabulous prize commemorating the ATTC Network's 20th anniversary.

The Opioid Overdose Prevention Toolkit, released in August 2013 to coincide with International Overdose Prevention Day is the first federal resource designed to prevent deaths from opioid overdose.  By promoting use of naloxone, the life-saving drug that reverses the effects of heroin, the toolkit is likely to have already made a difference in many of the states that have approved legislation that makes naloxone available to first responders. At last count, based on NASADAD’s 2013 report, that’s 19 states.

That number will soon increase to 20 or more states, as just this week the Wisconsin State Assembly unanimously approved bipartisan bills to combat the state’s opioid abuse epidemic. The legislation, if passed by the Wisconsin State Senate, will increase access to naloxone, provide immunity to bystanders (often fellow drug users) who call 911 to aid an overdose victim, and make it harder to get prescription painkillers illegally. 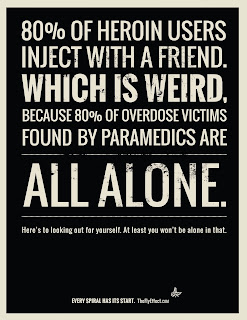 State Representative John Nygren authored the bills, titled the Hope Agenda (Heroin Opiate Prevention and Education). Nygren has a personal stake in the issue: his daughter Cassie, now 24, survived a heroin overdose in 2009. He talks about his experience as a parent in a video produced for the state’s heroin prevention program, The Fly Effect.

In nearby  Minnesota, State Senator Chris Eaton is working on similar legislation. For Senator Eaton, too, the issue is personal: she lost a daughter to an overdose in 2007.

These legislators and others across the nation who have been personally affected by opioid abuse and overdose show us that substance abuse knows no boundaries, affecting people of all ages and economic backgrounds. Tools like the Opioid Overdose Prevention Toolkit and state laws that promote lifesaving measures will go a long way toward reducing the stigma and shame that keeps people from seeking treatment and reclaiming their lives.

Please join the ATTC Network tomorrow for Dr. Clark's presentation. You can register in advance at https://www2.gotomeeting.com/register/865801562
The webinar will also be archived for viewing at a later date.
No comments:

Before we started bingeing on TV shows via Netflix, Amazon Prime or Hulu Plus, most of us had to wait until a favorite movie was actually aired on television in order to be able to see it. I have fond childhood memories of anticipating the showing of The Wizard of Oz, Mary Poppins, Chitty Chitty Bang Bang, and other classics.

So, like many of you, I was excited to learn that this tradition was being resurrected with NBC’s remake of The Sound of Music, which was aired live on December 5, 2013. Of course, thanks to DVR, I didn’t actually watch Carrie Underwood and crew on that particular date.
I did, however, see all of the reviews of the performance via my Facebook and Twitter feeds. Whether viewers liked the new Sound of Music or not, many did appreciate the chance to reminisce about the good ole days when we only had the opportunity to see Julie Andrews in the musical once or twice a year. We also were happy for the chance to share some of the beloved songs with our children (because, honestly, if the movie hadn’t been on television many of us, including myself, never would rent and watch it). And so, it is in honor of NBC’s valiant effort to bring all of us back in time and to introduce a fun, family-friendly move to a new generation that I want to share with you some of MY FAVORITE THINGS that were produced by the ATTC Network in the past year.


Webinars/Presentations
·       Dr. Timothy Condon’s “Neuroscience of Addiction” webinar delivered as part of the ATTC Network’s regular Third Thursday iTraining series
·       Dr. Kate Speck’s three-part webinar series entitled, “Introduction to Motivational Interviewing for Non-Clinicians,” which she presented as part of the Mid-America ATTC’s Webwise Lunch Series
·       For the National Hispanic and Latino ATTC, Dr. Luis Torres delivered a webinar entitled, “Meet your new clients: Hispanics and Latinos/Conozca a sus nuevos clients: Hispanos y Latinos”
Events
·       2013 Addiction Treatment Telehealth Summit: A Forum for Telehealth Pioneers: The National Frontier and Rural ATTC convened group of early telehealth adopters to provide an opportunity for the group to share their experiences with implementing telehealth services in addiction treatment settings and to inform the work plan of the ATTC.
·       Leading Healthcare Transformation: The Northwest ATTC partnered with Rethink Health, a group of visionary leaders committed to reviving the US Health system, to offer a three-day leadership workshop for behavioral and primary care providers and administrators.
·       Leadership Institute Task Force Meeting: The National Native American and Alaska Native ATTC held this meeting of tribal leaders to develop a cultural adaptation of the ATTC Leadership Institute and a recruitment plan that will promote American Indians and Alaska Natives to take leadership roles. This project will continue to grow in 2014.
Products
·       From the Pacific Southwest and South Southwest ATTCs - Will it Turn You into a Zombie: What Clinicians Need to Know about Synthetic Drugs. The purpose of this introductory training is to provide clinicians with a detailed overview of synthetic drugs, most notably synthetic cannabinoids and synthetic cathinones (known on the street as K2, Spice, and Bath Salts).
·       From the National Frontier and Rural ATTC – Telehealth Session Video. This video portrays a telehealth counseling session. It provides examples and shows how effective telehealth can be in substance abuse treatment.
·       From the National Screening, Brief Intervention and Referral to Treatment (SBIRT) ATTC – SBIRT Trainers Registry. This database of individuals who have successfully completed a national training-of-trainers course on SBIRT is searchable by trainer name, state or region.
·       From the Central East ATTC – Adverse Childhood Experiences Mobile App. This learning tool makes the ACE Quiz and other resources easily available on mobile devices.
·       From the Great Lakes ATTC – Addiction Recovery and Intimate Violence online course. This 5-hour self-paced course prepares counselors to carry out conversational screening, brief interventions, and referral using the Addiction Recovery and Intimate Violence (ARIV) flowchart.

As we say auf Wiedersehen to 2013, I want to thank all the members of the ATTC Network for their hard work and continued commitment to promoting the adoption and implementation of evidence-based, recovery-oriented, culturally competent practices to treat substance use disorders. From this brief list of highlights from the past year, it is obvious that we stand strong as a Network. What were some of the highlights of 2013 for you, and what are you looking forward to in 2014?  Let us know in the comments section that follows.

Willkommen 2014 and Happy New Year to all! 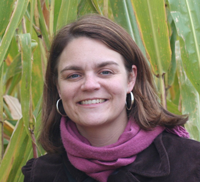 Laurie Krom, MS, is the Director of Education & Communications for the Addiction Technology Transfer Center (ATTC) Network Coordinating Office. In this capacity, Ms. Krom is responsible for leading innovative national strategies to advance the ATTC Network and strengthen the substance use disorder workforce through the increased adoption of evidence-based practices. Ms. Krom is an experienced educator, instructional designer, and technology transfer specialist.  Ms. Krom holds a Master’s degree in Adult and Continuing Education from Kansas State University and a Bachelor’s degree in Political Science and Hispanic Studies from Vassar College.